HoloSketch is an on-device spatial layout and UX sketching tool for HoloLens to help build holographic experiences. HoloSketch works with a paired Bluetooth keyboard and mouse as well as gesture and voice commands. The purpose of HoloSketch is to provide a simple UX layout tool for quick visualization and iteration. 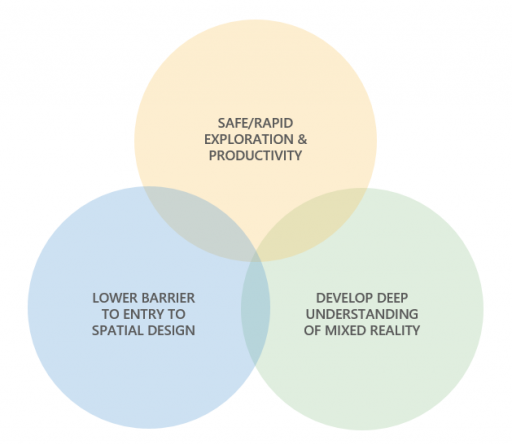 A simple UX layout tool for quick visualization and iteration

Primitives for quick studies and scale-prototyping

Use primitive shapes for quick massing studies and scale-prototyping.

Importance of experiencing your design in the device

When you design something for HoloLens, it is important to experience your design in the device. One of the biggest challenges in mixed reality app design is that it is hard to get a sense of scale, position, and depth, especially through traditional 2D sketches.

Cost of 2D based communication

To effectively communicate UX flows and scenarios to others, a designer may end up spending a lot of time creating assets using traditional 2D tools such as Illustrator, Photoshop, and PowerPoint. These 2D designs often require additional effort to convert them it into 3D. Some ideas are lost in this translation from 2D to 3D.

Since mixed reality is a new canvas for us, it involves a lot of design iteration and trial and error by its nature. For designers who are not familiar with tools such as Unity and Visual Studio, it is not easy to put something together in HoloLens. Typically you have to go through the process below to see your 2D/3D artwork in the device. This was a big barrier for designers iterating on ideas and scenarios quickly.

With HoloSketch, we wanted to simplify this process without involving development tools and device portal pairing. Using OneDrive, users can easily put 2D/3D assets into HoloLens.

We thought this tool would give designers an opportunity to explore solutions in a truly three-dimensional space and not be stuck in 2D. They don’t have to think about creating a 3D background for their UI since the background is the real world in the case of HoloLens. HoloSketch opens up a way for designers to easily explore 3D designs on HoloLens.

Overall UX design, including the visual/interaction design of the UI and app publication assets. Collaborated with technical designer/engineer to iterate the ideas and implementations.

Published the app to the Microsoft Store in HoloLens. In the app, the user can load assets from OneDrive and place them in the physical space. The app was adapted by several ISV partner companies for the early-stage prototyping purpose. 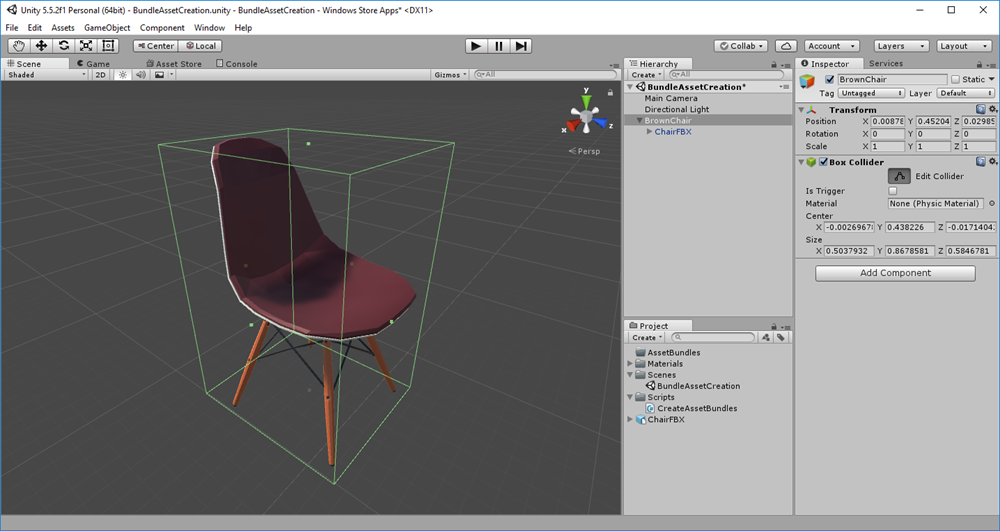 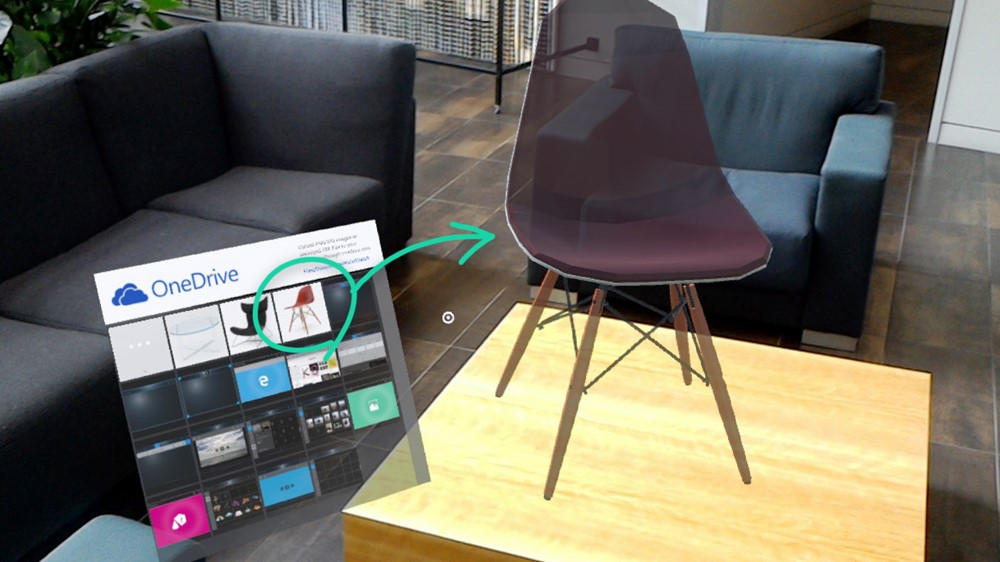 HoloSketch supports the traditional interface that is widely used in 3D software. The user can use the move, rotate, scale the objects with gestures and a mouse. Switch between different modes with voice or keyboard. 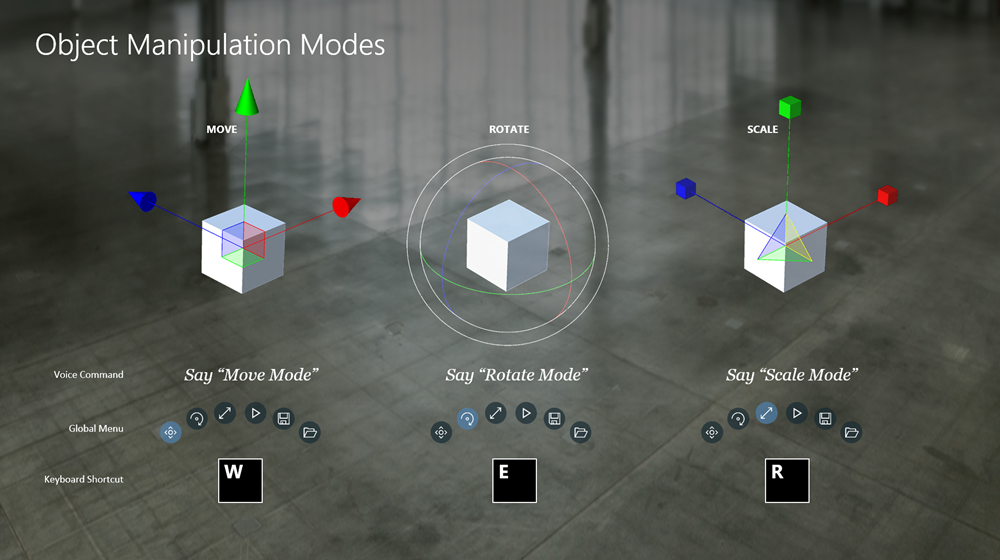 The contextual menu can be invoked through double air-tap. 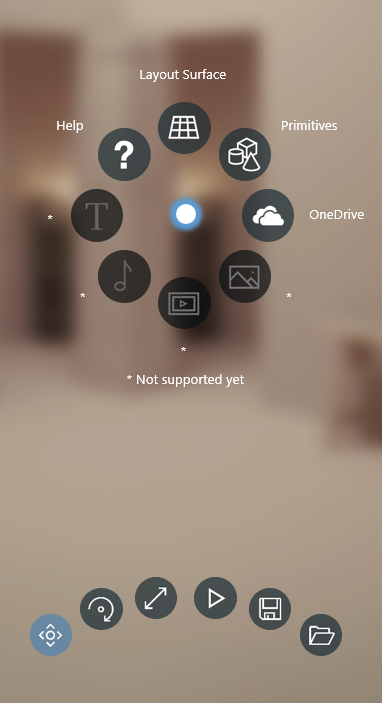 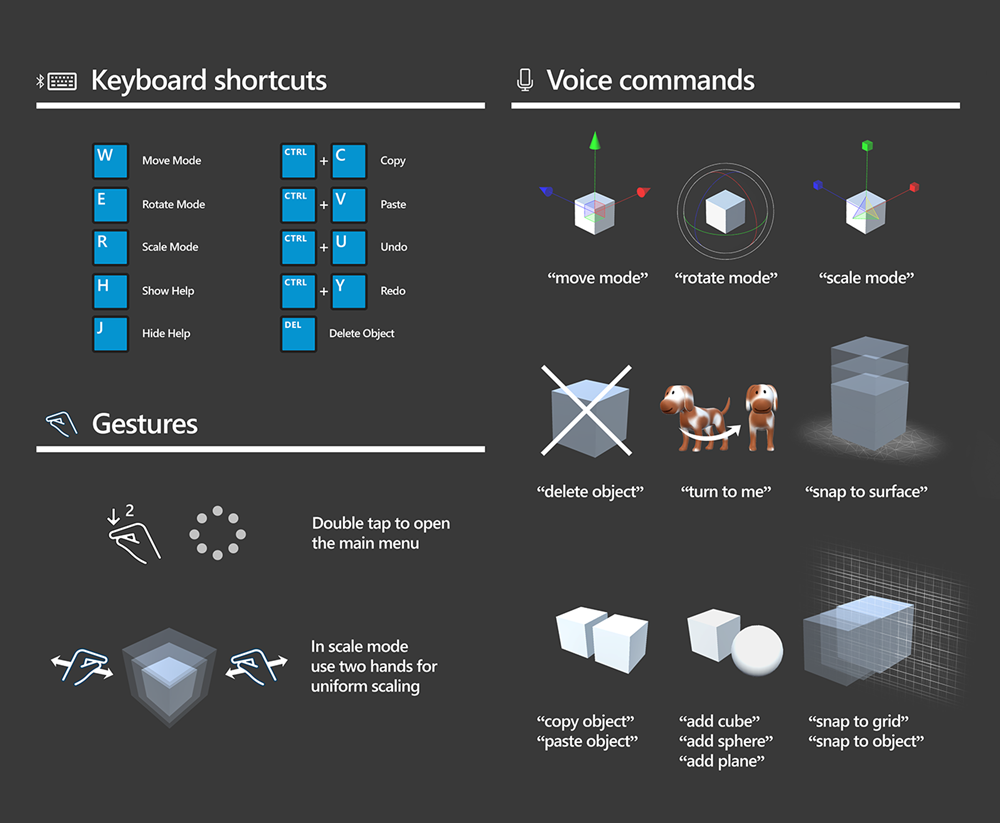